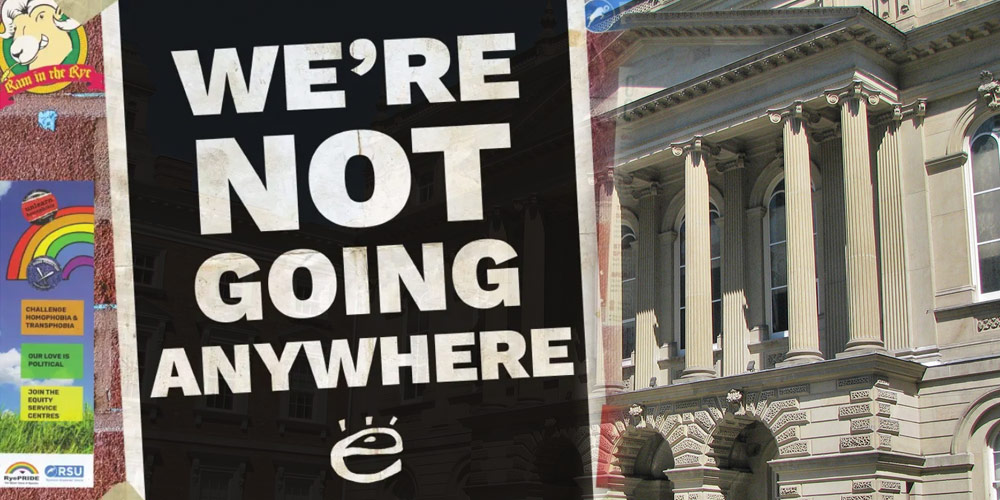 Ontario’s Divisional Court has struck down the Doug Ford government’s controversial “Student Choice Initiative” that decimated funding for campus groups by mandating that schools allow students to opt out of paying specific levies. Student newspapers and campus radio stations were among the organizations widely affected.

In a unanimous decision [pdf], the three-judge panel ruled that the directives issued in early 2019 by Merrilee Fullerton, the Minister of Training, Colleges, and Universities, were unlawful because they ran afoul of the legislation governing postsecondary institutions, which guarantee certain degrees of autonomy.

In a statement, Kayla Weiler, the CFS’ Ontario representative, said that “Doug Ford’s attempt to wipe out students’ unions under the guise of giving students ‘choice’ has been exposed for what it really was: an attempt to silence his opposition.” She and lawyer Louis Century of Goldblatt Partners will be holding a news conference at Queen’s Park Friday morning.

A spokesperson for Ross Romano, the current Minister of Colleges and Universities (Training has since been shuffled to a different ministry), did not immediately respond to a request for comment.

In a fundraising email sent by Premier Ford in February, he claimed that “Students were forced into unions and forced to pay for those unions. I think we all know what kind of crazy Marxist nonsense student unions get up to. So, we fixed that. Student union fees are now opt-in.”

"I think we all know what kind of crazy Marxist nonsense student unions get up to," Premier Doug Ford says in a fundraising email today.
Ford's parliamentary assistant Stephen Lecce was president of the student union at Western. He surely didn't get up to any "Marxist nonsense." pic.twitter.com/gP6PJI58Ic

The government objected to the email being entered into evidence. The court, however, did not end up having to rule on its admissibility, because the judges found the Student Choice Initiative to be unlawful before they even got the question of whether it was implemented in bad faith or for an improper purpose.

The judges did note that the government failed to offer a reason “why student association fees are ‘non-essential’ while athletics (which are much more expensive) are considered ‘essential.'”

Top image incorporates the cover of the April 3, 2019, edition of Ryerson University’s The Eyeopener.