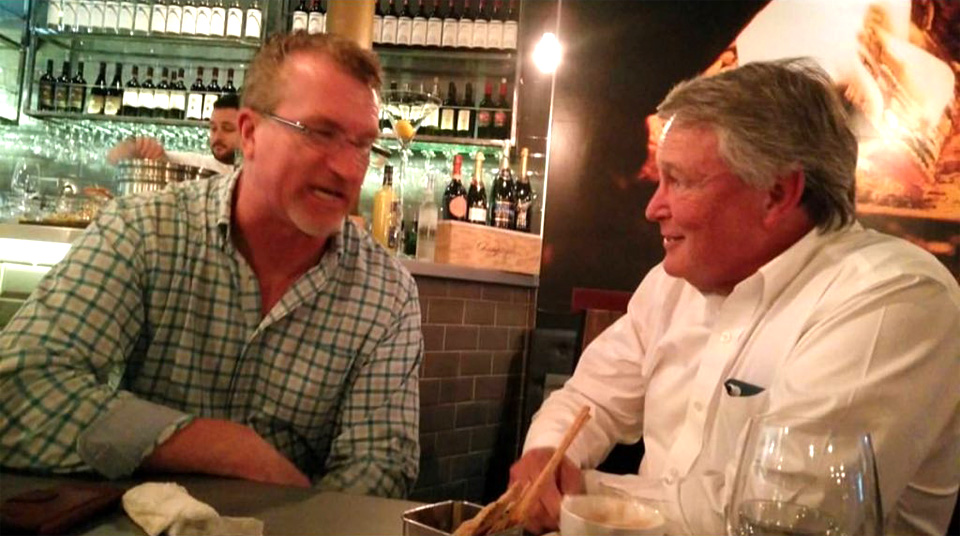 “Over several weeks,” Levant tells CANADALAND in an email, “we explored whether there could be a role for him at The Rebel.”

Camp resigned from the court last March, when the federal government, following a recommendation from the national disciplinary body for judges, moved to remove him from his post. According to two former Rebel employees who met with Camp three months later, he expressed no remorse for the remarks that led to his departure and felt the controversy was ridiculous.

Through his lawyer, Camp denies having said this.

Camp, originally from South Africa, appeared at a hearing before the Canadian Judicial Council in September 2016, during which he stated under oath that his comments to the woman at the rape trial were “unforgivable” and conceded that his knowledge of Canadian criminal law was “non-existent.” He said he was “deeply sorry” for comments he’d come to recognize as “hurtful” and “inappropriate.”

The hearing also revealed, through the trial transcript, that Camp had asked the female complainant “Why didn’t you just sink your bottom down into the basin so he couldn’t penetrate you?” and more than once mistakenly called her “the accused.” She told the hearing that Camp made her hate herself and feel like a “slut.”

The Council voted to oust Camp in November of 2016. He now seeks to return to practise as a lawyer, and the Law Society of Alberta has scheduled a public hearing for Tuesday, November 14, to consider his reinstatement. Camp’s lawyer, Alain Hepner, told the Calgary Sun the circumstances of his controversial resignation from the bench will be raised at the hearing.

But back in June of this year, Camp was working with Rebel Media, travelling with Levant and a producer to the UK on a business trip that included a legal orientation for Rebel employees based in that country.

According to ex-Rebel commentator Caolan Robertson, in a conversation he had with Camp during that trip, the former judge complained about the reaction to his comments in the 2014 rape trial. “He described the backlash as insane and the dismissal as unfair,” writes Robertson in a message, explaining that Camp felt this way “because what he said was true.”

“He wasn’t remorseful,” Llewelyn-John tells CANADALAND in a message. “He pretty much said it was ridiculous everyone turned on him.”

Hepner, the lawyer representing Camp in the reinstatement proceedings, says that — given Camp’s statements under oath and the counselling he had received prior — such claims make “no sense” and that he denies them.

“I would say on his behalf, that he didn’t say what [Robertson and Llewelyn-John] are saying he said. Because, this was after he was dismissed, and after he told the Judicial Council or the committee about the counselling he had undertaken and all that, and he’s gonna go back and say, ‘No’? I don’t think so,” Hepner says. He also emphasizes that Camp’s relationship with The Rebel was “exploratory only.”

Asked if he recalled Camp ever making remarks along those lines, Levant calls it an “obvious fabrication by two former Rebel employees who were fired, who carry a grudge.”

Levant, who has questioned Robertson and Llewelyn-John’s credibility in the past, says, “Caolan and George did not know who Robin Camp was. They did not have a private conversation with him during the very brief trip. At no time did Camp discuss his background or his legal matters.”

Llewelyn-John says the conversation occurred during a car ride during which Levant was not present. 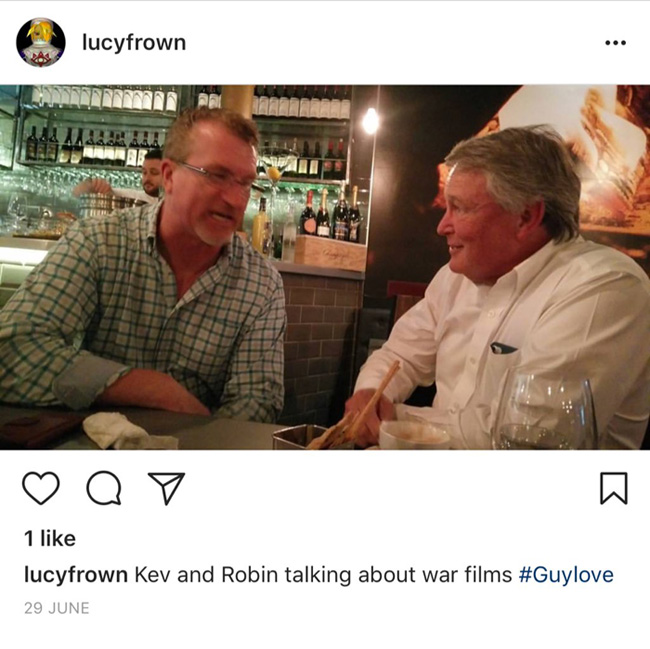 Brown tells us in an email, “The only interaction I’ve ever had with Robin was one day spent together chatting casually and then going for dinner (where the picture was taken). I am in no way involved with any of his professional dealings, Rebel or otherwise.”

(Tommy Robinson, in reply to a message seeking comment, writes, “Fuck off mate.”)

“And in that time he went everywhere with us, like every journey up and down the UK,” Robertson says over the phone about the Rebel training week. “I didn’t know who he was until he told me the story about how he told some woman to keep her legs closed and got fired in disgrace… But I know that he was there, he was in the car with Ezra and Hannah [Vanderkooy, The Rebel’s managing producer], and they were all getting along.”

During the period Camp was working with The Rebel, Levant says, “Robin helped with some administrative work but did no legal work. We both agreed there was no role for Robin at The Rebel, and ultimately he was never employed by us.”

Camp also provided the UK Rebel staff with his personal phone number. CANADALAND’s attempts to reach him through it were unsuccessful.

“We had legal orientation at Kingsley Napley [The Rebel’s UK law firm]. Afterwards in the car, Robin gave me his number and said to call him if we needed anything. The gist seemed to be that we should go to him before trying to get in touch with the big expensive law firm, then he and Ezra would advise or decide if an issue was worth escalating,” explains Llewelyn-John.

“For the rest of the trip, I think Robin was there to acclimatize to what we were doing and offer Ezra advice on using lawyers in campaigns and so on. He came to the house [that served as The Rebel’s UK base], looked around, and there were lots of meetings going on that week about things like finding a permanent studio etc.,” he continues.

“He seemed new to it when we were there,” says Robertson. “It was the first time he met Tommy. He seemed very close with Ezra.”

“Robin did some work for me when he was a lawyer,” Levant writes, referring to the period before Camp became a judge in 2012.

Alberta Law Society spokesperson Colleen Brown tells CANADALAND that, “Generally speaking, a lawyer/member of the Law Society who is not active and not insured should not be giving legal advice.”

“During the public hearing, a panel will hear all of the factors and make a determination as to whether or not to reinstate,” writes Brown. “If the judge was removed (or resigned in the face of removal), the application falls into the general reinstatement application process.”

Among the factors considered are any “previous disciplinary proceedings or criminal convictions”; the panel can “refer the application to the Conduct Committee if such concerns are identified.” And if the CEO and executive director of the Law Society “is unsatisfied for any other reason,” he can refer the matter to the Practice Review Committee.

About a year after the 2014 trial, which was in Alberta Provincial Court, Camp was promoted by the Harper government to the Federal Court. According to a Globe and Mail report, then-Health Minister Rona Ambrose, then-Justice Minister Peter MacKay, and then-Defence Minister Jason Kenney (now leader of Alberta’s United Conservative Party) were all involved in appointing Camp to the federal bench. MacKay told the Globe nothing turned up during the screening process, despite the Crown appealing Camp’s ruling in the rape trial at the time of his appointment. Ambrose, while interim Conservative leader, put forward a bill last March that would make it mandatory for judges to undergo sexual-assault-law training. Alexander Scott Wagar would eventually be acquitted again in a retrial ordered after Camp’s original ruling was thrown out. Wagar is now facing seven unrelated charges relating to allegedly assaulting and choking a man.

With a report from Jonathan Goldsbie.