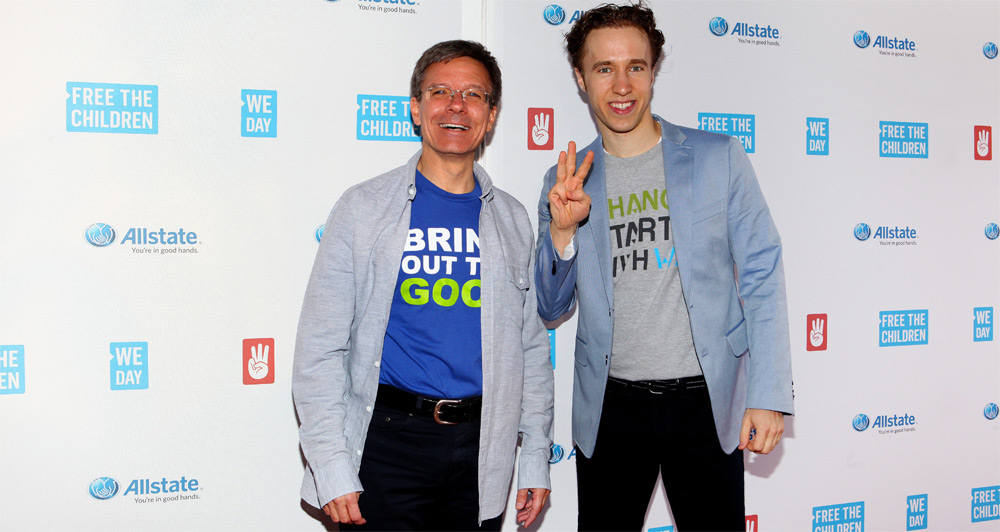 WE Charity Planned To Move To The U.S.

As the organization began its withdrawal from international-development work, Craig Kielburger floated a pivot to a major American sponsor
News Brief By Jesse Brown
Share

After announcing that WE Charity would be closing in Canada as the result of a national scandal, Craig Kielburger wrote to his organization’s biggest corporate donor and proposed that the charity relocate to the United States.

Emails obtained by Canadaland reveal Craig Kielburger describing the situation in Canada to the Illinois-based Allstate Foundation in very different terms than those he used to communicate its closure to Canadians in an interview with CTV News in September.

Not long after telling Canadians that the reason for “winding down” WE Charity in Canada was to protect its international-development projects in Kenya, Kielburger told his contact at Allstate that WE Charity had merely “scaled back” in Canada and that it did so to turn its attention to the U.S.

“We scaled back in Canada to protect and lean-into the U.S., and build on our impactful relationship with Allstate,” he wrote.

The Allstate Insurance Company and its foundation have donated more than $90 million U.S. to WE Charity’s main American entity since 2014, according to filings in that country.

“Our sights have been set on a U.S.-based growth strategy, further evolving our service learning offering to support teachers and empower students in an evolving education landscape,” Kielburger wrote. “We have been open to relocating our base of operations and scaling up U.S. human resources upon securing partnerships and accessing new educational realities.”

In the United States, WE remains active in thousands of public and private schools. The correspondence Canadaland has seen includes no mention of WE’s international-development projects.

In a statement, WE Charity says it “does not see a discrepancy between” its announcement of its Canadian wind-down and subsequent communications with Allstate, and says its priorities remain the sustenance of existing international humanitarian programs and the digitization of its Canadian educational resources.

While thousands of American schools will continue allowing WE Charity into classrooms this fall, the same will not be true in Canada, where WE ended its in-school activities last summer after several school boards announced they would be re-assessing their partnerships with WE, and after the Ontario Ministry of Education announced that it was cutting ties.

As for the floated move to the U.S., the charity says, “As the organization was trying to get a complete understanding of what might be possible in the future, it discussed the possibility of further evolving its service-learning opportunities for teachers and students. WE Charity was always clear with the public that no decisions had been made regarding the organization’s future in the United States.”

While WE leans into its American schoolroom programming, which is funded by partners including Microsoft and Dow Chemical, it plans to cease its international-development work in seven of the eight countries in which it was previously active. WE says projects in countries including Haiti and Sierra Leone will be “completed” by the end of the year. Certain projects in Kenya will continue to be supported, says the charity, by the newly established WE Charity Foundation.

Last fall, WE said it would sell its sizeable real estate portfolio to fund its endowment for projects in Kenya. Asked what has so far been sold, WE says, “The sale process of the WE Global Learning Center and adjacent properties is well underway being coordinated by Colliers International. The commercial real estate market has been deeply negatively impacted by the pandemic and the revolving lockdowns in Ontario.”

Craig Kielburger’s email to Allstate made no mention of the scandal that rocked WE Charity last summer in Canada, an omission that irked Allstate CEO Tom Wilson, according to a Canadaland source with knowledge of the relationship.

Allstate did not respond to questions about whether it intends to continue its partnership with WE.