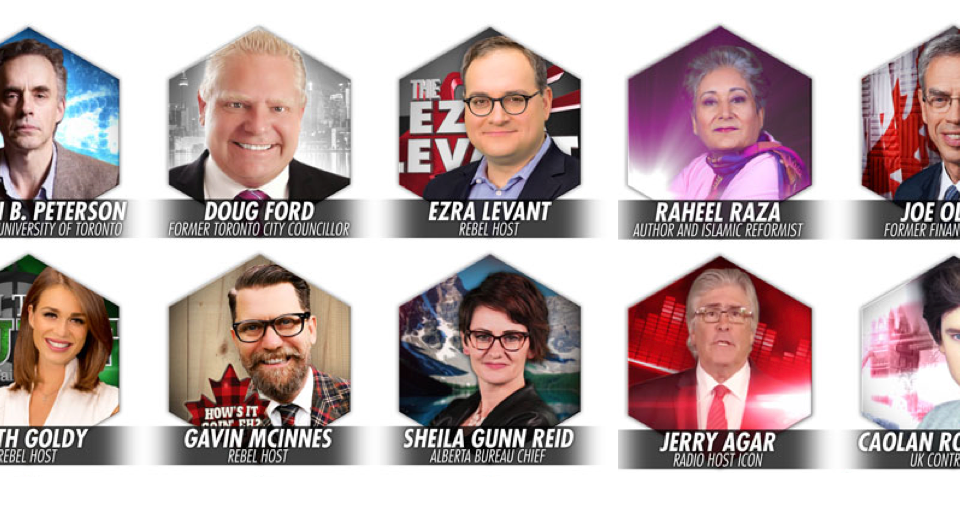 We’ve Been Barred From The Rebel’s Conference On Saturday

"It is private property and if you attend you will be trespassing."
News Brief By Evan Balgord
Share

When CANADALAND news editor Jonathan Goldsbie reached out to Levant earlier this week to ask whether there would be press access for the event, Levant responded in an email: “Not for Canadaland.” He appended a screencap of a four-month-old tweet by this reporter that took him to task for the basis on which he raised funds at a February rally at the same venue.

CANADALAND then purchased two tickets to attend the event, but upon completing the online transaction, Levant immediately wrote to assert that that would also not be an option.

“Canadaland is not welcome at our event this weekend,” he wrote. “It is private property and if you attend you will be trespassing.” He offered to reconsider if this reporter issued a public apology for the February tweet. That’s not going to happen, for reasons outlined further down.

The Rebel refunded our money.

Here at CANADALAND, we go to Rebel events and watch things like Gavin McInnes’s anti-Semitic rants so that you don’t have to.

But this Saturday, instead of receiving cut-eye from members of the Jewish Defence League, Proud Boys, and/or various anti-Islam activists, we’ll be enjoying our weekend while Rebel personalities and guests decide what snacks they’re going to pack for the Crusade.

Rebel Live will be an eight-hour-long event featuring speakers like Jordan Peterson, Gavin McInnes, Doug Ford, and, to lend an air of credibility, former finance minister Joe Oliver. They’re going to cover topics such as “political correctness” and “the culture war.” It’s billed as “the most provocative, most interesting, and most conservative” conference in the country.

In February 2016, after the Alberta government told The Rebel its representatives were not entitled to media access, the company launched a campaign to “help stop Rachel Notley’s blacklist of journalists.” Following an outcry from the national media establishment — including a Globe editorial calling the decision “beyond deplorable” — the government reversed its position.

In October, when the United Nations denied accreditation for a climate conference in Morocco, The Rebel asked supporters to “tell the UN to stop blacklisting our journalists.” The UN ultimately relented after the Liberal government, PEN Canada, the Canadian Association of Journalists, and Canadian Journalists for Free Expression intervened on The Rebel’s behalf.

In his email to CANADALAND, Levant wrote that “if Evan wishes to make a public apology for falsely accusing me of fraud, we can reconsider.”

At the Rebel’s anti-M103 rally in February, Levant asked for money to help defray security costs after claiming that he moved the event when the original venue backed off due to threats. The original venue, however, told CANADALAND that that was false.

In recent months, CANADALAND has also reported on a Rebel personality’s anti-Semitic rant; its hosts drunkenly joking about bombing Muslims with deodorant; its lead UK correspondent being found in contempt of court; its role in spreading #MacronLeaks; the campaign urging companies to pull ads from its site; and more generally, its “Nazi Problem.”

With additional reporting by Jonathan Goldsbie.

UPDATE (6/17/2017, 12:15 a.m.): The Canadian Association of Journalists has issued a statement on Twitter encouraging The Rebel to “practice what they preach”:

The CAJ strongly believes in equal access for all media to cover events in the public interest. We’ve spoken out about this repeatedly. /1

Journalists should not be barred from covering news events based on critical coverage of organizations who run those events. /2 #cdnmedia

We strongly encourage @TheRebelTV to accredit @CANADALAND for its upcoming Rebel Live gathering this weekend. /3

We supported @TheRebelTV’s fight for accreditation in the recent past on similar grounds—and expect them to practice what they preach. /4