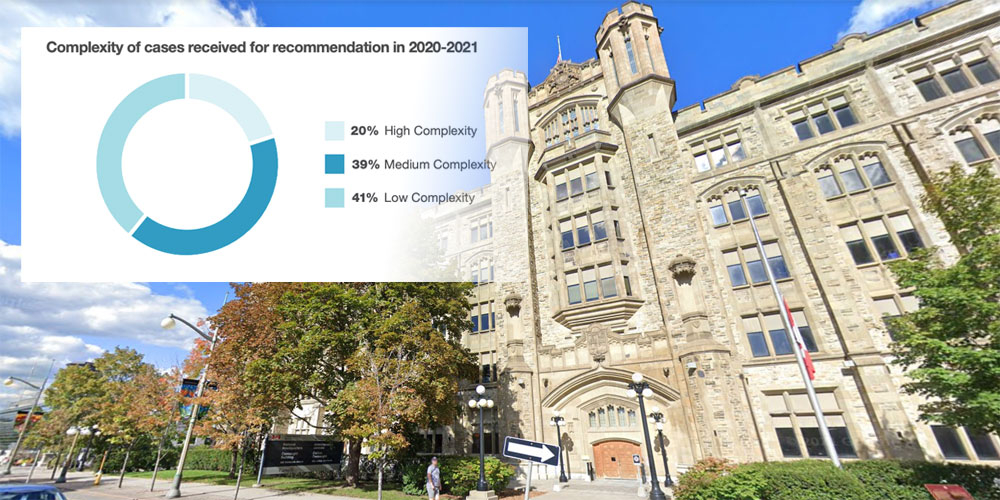 Publishing hateful or inaccurate content is not necessarily disqualifying, says chair of the advisory board that determines eligibility
Analysis By Jonathan Goldsbie
Share

When delivering its recommendations in the summer of 2019, a government-convened panel of journalism experts was clear: “publications used for the diffusion of hate content” should not be granted access to a proposed suite of public subsidies for news.

Compared to some of the stickier debates invoked by the program’s development (who is a journalist? and what is “news,” anyway?), the exclusion of hate content seemed fairly uncontentious.

But when, later that year, the Canada Revenue Agency (CRA) adapted the panel’s recommendations into formal “guidance” for how the program would work, any mention of hate was omitted. Rather, the guidance simply stated that “content that is illegal in Canada” would not be considered news for the purpose of determining an organization’s eligibility.

In an interview on this week’s CANADALAND, the chair of the board that evaluates applicants confirms that the publication of hateful or inaccurate content would not, in itself, preclude an outlet from obtaining status as a Qualified Canadian Journalism Organization (QCJO) — the first step to potentially accessing salary subsidies, tax breaks for digital subscribers, and even charity-like, tax-exempt status.

“Because I’m not qualified to say whether something is hate speech or not, it needs to be decided before a court of law,” Colette Brin, the Laval professor who heads up the Independent Advisory Board on Eligibility for Journalism Tax Measures, explains to host Jesse Brown.

In conjunction with the CRA, the board determines the eligibility of applicants and makes recommendations to the Minister of National Revenue. And in terms of an organization’s output, the key qualification, as set out in the Income Tax Act, is that a publication must be “engaged in the production of original news content” that is “primarily focused on matters of general interest and reports of current events, including coverage of democratic institutions and processes.” The guidance elaborates and clarifies what that means.

“If we see that there is a systematic, hateful theme in what they’re doing, well, then there’s a red light that goes off, for sure,” she says. “But if it’s like one or two columns, I think there are press councils, there are other avenues to address these kinds of things.”

So even if the people behind Your Ward News hadn’t been convicted of wilfully promoting hatred against identifiable groups, there’s a strong chance its content would’ve kept it from QCJO status, anyway. (Though it likely also wouldn’t have met the requirement to employ two journalists who are at arm’s length from the owners.) But a company like Postmedia, that publishes both decent journalism and semi-regular suggestions that Muslims bring Islamophobia upon themselves? In collecting $8 to $10 million each year in refundable tax credits for eligible newsroom employees, it likely benefits more from QCJO status than any other publisher in the country.

Asked if there’s an acceptable level of misinformation that an organization can have before it’s disqualified, Brin says, “I would love to say no, but it’s a difficult question to answer.”

Similarly, Brin explains that a pattern of counter-factual or low-quality content would not in itself disqualify an applicant.

Last month, Western Standard publisher Derek Fildebrandt wrote of his experience seeking QCJO status “for kicks.” To his surprise and delight, the publication — an online-only revival of a short-lived print magazine Ezra Levant co-founded in 2004 — received approval. (Fildebrandt, a former Wildrose MLA in Alberta, wrote that the Standard won’t actually apply for any of the subsidies for which it’s consequently eligible.)

The advisory board’s assessment, which he shared with CANADALAND, flagged “serious concerns with the Organization’s journalistic processes and principles, particularly with regard to its coverage of the COVID-19 pandemic,” citing articles that regurgitate dubious claims about vaccines with no apparent attempt to research or verify their interviewees’ assertions. The board also identified a high volume of aggregated content, including articles “lightly reproduced” from news releases or the reporting of other organizations, particularly Blacklock’s Reporter. “Of the 221 items examined by the Board, less than 20% were considered to be original news content, with evidence of ‘first-hand reporting, independent research, interviews, and fieldwork,'” the board concluded, citing the guidance. (In his post, Fildebrandt described Blacklock’s as “an independent wire service” to which they pay an annual fee, and dismissed as “authoritarian” the idea that the government should get to determine what public health information is “correct.”)

That 20%, however, was sufficient to satisfy the legal requirement that there be at least some ongoing engagement in the production of original, general-interest news content, and the board therefore advocated approval, “despite” its misgivings.

While unable to discuss the case of any individual applicant due to the confidentiality provisions of the Income Tax Act, Brin says, “I can tell you in a general way that we look at the overall production. Certain organizations, and I’m not singling out the Western Standard, have produced content and have published content that has made these kinds of assertions about the vaccine and about alternate treatments, etc. We do look at the overall production of content.”

Asked by Brown if there’s an acceptable level of misinformation, Brin says, “You know, I would love to say no, but it’s a difficult question to answer.”

Her board has a tricky assignment, tasked with interpreting and applying a law that seemingly attempts to elide ideology by casting the widest possible net.

“We’re not determining what is journalism and what isn’t journalism,” she says, “but what is the kind of journalism that is really targeted with this program?”

Top image includes a Google Street View image of the CRA headquarters on Ottawa’s Mackenzie Avenue, as well as a chart from the Independent Advisory Board’s 2020–21 annual report.