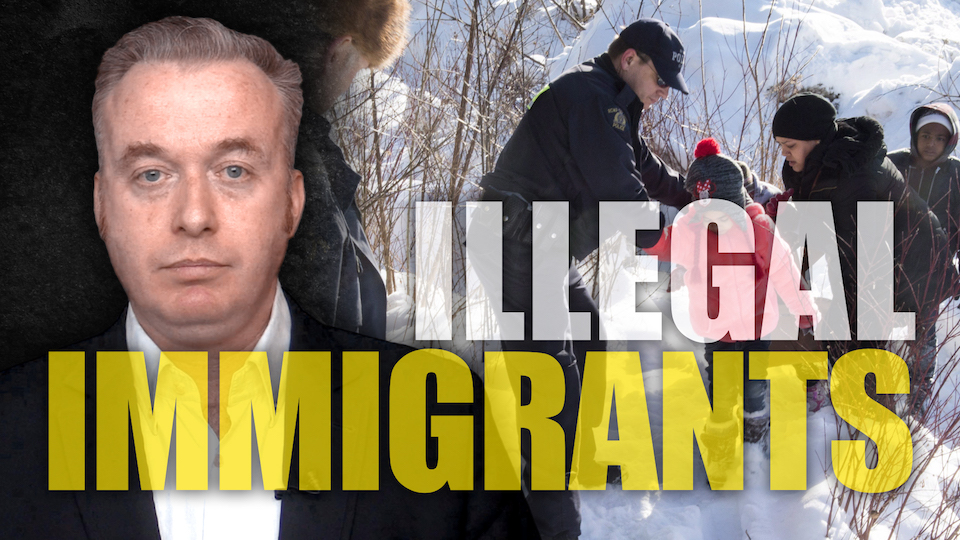 Still not as many as you'd think!
News Brief By Jonathan Goldsbie
Share

Over the weekend, The Rebel’s Faith Goldy reported from the alt-right convergence in Charlottesville, Virginia — and her comments in her live-streams, and in a subsequent YouTube interview with Stefan Molyneux, were sufficiently sympathetic to white supremacists that they set off yet another crisis of identity for a site whose rightward drift toward ethnonationalism has arguably eclipsed that of Breitbart.

On Monday afternoon, founder Ezra Levant put out a statement attempting to distance The Rebel from the alt-right movement it had spent a year drawing upon for viewers and content. That was evidently not enough for co-founder (and most recently freelance contributor) Brian Lilley, who hours later announced that he had walked away from the company.

It’s getting hard to keep track of the people who want nothing more to do with The Rebel, so we’re starting a running list. We’re only going to include those who appear to have cut ties voluntarily (sorry, Jack Posobiec) and had some sort of previous relationship (sorry, Doug Schweitzer).

Why: Officially, Southern parted ways with The Rebel because she wanted to “go independent.” From a business perspective, this was plausible: her videos were by far The Rebel’s most consistently popular, and if she were to generate similar views while keeping all ad revenue for herself, she could make a killing. (Despite retaining her fan base, however, YouTube began “demonetizing” her videos in June, meaning at least some were no longer eligible for ads.) There was great deal of speculation that Southern’s departure was somehow related to The Rebel’s impending trip to Israel, their video by Jay Fayza criticizing alt-right white nationalists, and/or an interview on The Rubin Report in which she appeared to defend neo-Nazi Richard Spencer. Asked about these theories at the time, Levant told us only that “Jay Fayza’s video and the Dave Rubin interview are immaterial.”

Who: Former Minister of Citizenship and Immigration and Conservative MP for Ajax–Pickering, former leadership candidate

Why: Prior to speaking at a December 2016 Rebel rally in Edmonton — during which the crowd chanted “Lock her up!” about premier Rachel Notley — he told Michael Coren that “he didn’t really have much choice if he wanted to be Conservative Party leader.” He spoke again at The Rebel’s February rally against M-103. But Gavin McInnes’s anti-Semitic rants were apparently where he drew the line:

I agree with you, Michael: McInnes’ statements are “repulsive and disturbing”. No more Rebel Media events for me. https://t.co/gn7fbCkDQe

Why: In a statement to Press Progress, the MP — who’d previously sat down for an interview in May 2016 — cited The Rebel’s change in editorial direction “about a year ago” that included “the promotion of anti-Semitism, white supremacy, and calling for a democratically-elected premier to be locked up. These are all things that I strongly oppose and find offensive.”

Why: Lilley outlined his reasons in a Facebook post that was previously embedded below, but which now (as of 23 hours later) appears to have been deleted. So here’s the text:

Why I am leaving The Rebel

I may have helped start The Rebel, but I am no longer with The Rebel.

I wish them well going forward but no longer feel comfortable being part of the group that originally planned to carry on the legacy of Sun News.

When Sun News Network folded, I knew that there was still an audience looking for informed commentary from a small c conservative perspective and planned on doing what I could to keep in touch with the viewers that had followed me through those turbulent years at Sun.

Many of those viewers did follow me to The Rebel and as a new media start-up the organization has had incredible success. But is it the source for informed commentary from a small c conservative perspective?

I can hear the critics screaming no, and too often I agree with them.

As The Rebel has expanded at a rapid pace, currently one of the top YouTube news channels in the world, it has also changed its focus, its goals and its orientation.

This departure has been a long time coming. What may have started as a concern over the harsh tone taken on some subjects came to a head with this weekend’s events in Charlottesville, Virginia.

What anyone from The Rebel was doing at a so-called “unite the right” rally that was really an anti-Semitic white power rally is beyond me. Especially not a rally dedicated to keeping up a statue of Robert E. Lee, a man that whatever else he stood for, also fought on the wrong side of history and the wrong side of America’s bloodiest conflict.

I don’t think for a moment that Ezra Levant, or anyone else at The Rebel, is a racist nor a white supremacist. As Ezra has already pointed out on Twitter, he himself is Jewish and not a fan of the Klan.

He has also posted for the whole world to see, a memo that was distributed to all Rebel staff and contributors explaining that the company no longer wants to associate with the “alt-right.” Ezra explains that while he was originally intrigued by the idea of the “alt-right” as an anti-establishment conservative movement, things have since changed.

“But the alt-right has changed into something new, especially since Trump’s election. Now the leading figure — at least in terms of media attention — is Richard Spencer, and other white nationalists,” Levant wrote.

I was never enamoured by the “alt-right”, never saw the appeal but I take Ezra at his word when he describes his evolution.

But just as he has evolved, just as The Rebel has evolved, so have I and the uncomfortable dance that I have been doing for some time now must come to an end.

What The Rebel suffers from is a lack of editorial and behavioural judgment that left unchecked will destroy it and those around it. For that reason, I am leaving.

As a serious journalist with nearly 20 years experience at the highest levels in this country, and abroad, I cannot be a part of this.

I am not comfortable being associated with a group that, rightly or wrongly, is being increasingly viewed as associated with the likes of Richard Spencer. Like many of you, I had family that fought the Nazis, I never want to be in the same room as one.

I am also not comfortable with the increasingly harsh tone taken on issues like immigration, or Islam. There are ways to disagree on policy without resorting to us versus them rhetoric.

The original idea of The Rebel was to carry on the legacy of Sun News without the huge corporate overhead, the CRTC regulations and to act as an alternative to the mainstream media. In many ways, The Rebel has succeeded, in others it has failed.

In today’s political and online culture, I know one thing to be true, I will be attacked from all sides for this. Some will ask why I waited so long, others will call me a sell-out or use that vile word “cuck” and claim I am no conservative.

Let me assure you, I will continue to fight for the principles I believe in. Smaller government, greater personal freedom, a dedication to conserving that which made this country great in the first place. I will just do it in a different venue.

I wish the folks at The Rebel well in the future, hope they right their ship, but I won’t be sailing on it any longer.

Why: In a statement posted to social media, she wrote that Levant had “brought on contributors whose message and tactics have tarnished the Rebel brand” and that she would like the company to return to subjects that “resonate with mainstream conservatives.”

I am sorry to announce my resignation from Rebel Media. My admiration and respect for Ezra, Faith and others remains undimmed: pic.twitter.com/GqL4X1wIPT

Why: In a statement on his site, he wrote that he now finds The Rebel’s “tone too unconstructive” and thinks it has “drifted too far from its mission of covering the news from a refreshing perspective.”

Who: Conservative MP for Thornhill, former Minister of the Environment

Why: Although he appeared on The Ezra Levant Show in October 2016, he told PressProgress on Twitter that The Rebel’s recent content has been “hateful, repugnant.” Asked by them whether he was ruling out any future appeances, he replied: “I ruled out appearances when Rebel went off rails with hateful anti-Muslim, anti-Semitic content. Now white supremacy — beyond the pale.”

I ruled out appearances when Rebel went off rails with hateful anti-Muslim, anti-Semitic content. Now white supremacy — beyond the pale.

We reserve the right to update this post as the list grows and/or we remember others we forgot.