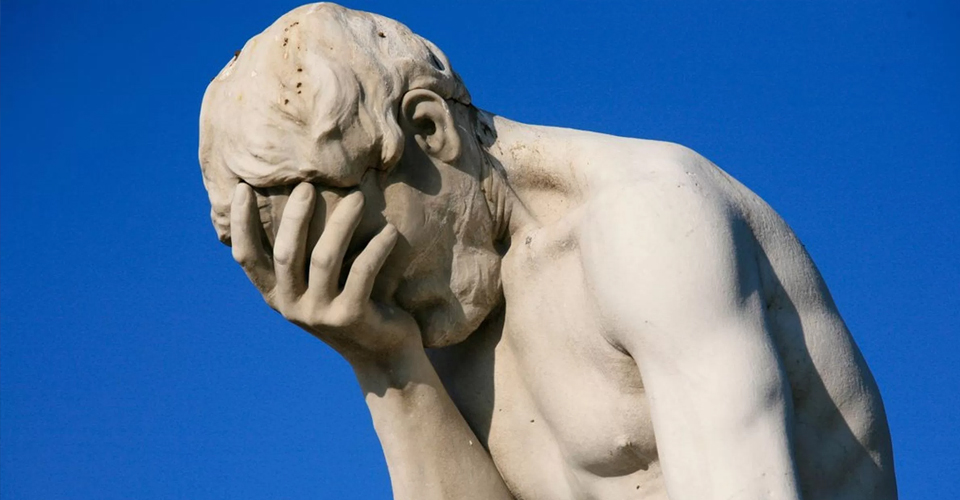 All Of Our 2016 Corrections (And One Clarification)

Here's what we messed up last year.
Article By CANADALAND
Share

Story: “Let’s Talk About How My Job at Bell Gave Me Mental Health Issues and No Benefits”
Date: January 31
Correction: “An earlier version of this article said the contract terms for the writer’s BNN position changed soon after she left. In fact, the terms of the position are largely the same. There is still no vacation time for that job but there was a small bump in the hourly pay.”

Story: “Listen to an Ottawa Citizen Columnist Threaten a City Councillor About a Library”
Date: February 25
Correction: “A previous version of this story said the Ottawa Mayor’s chief of staff leaked us the above memo. He did not. It was sent to us by an invalid email address posing as City of Ottawa. However, we confirmed the memo itself is accurate and was sent by mayor Watson to all city councilors. We regret the error.”

Story: “Are the Liberals About to Give Bell a Monopoly on Internet Access?”
Date: March 23
Clarification: “An earlier version of the piece said lobbying records are not kept during the campaign. They are. However, lobbying records of candidates are not, so there’s still no way to know whether Liberal candidates were lobbied by Bell during the election. Also, the Toronto City Council held their vote on the matter on Feb. 4, not Feb. 6 as previously stated.”

Story: “Yellowknife Court Reporter on Trial for Obstructing Police”
Date: July 1
Correction: “The previous version of this story said, ‘Several of them looked angry and began ‘chirping’ the police in support of McFadden, Watson testified.’ It was Hipolito who used the word ‘chirping.’ Sorry about that, everyone.”

Story: “Toronto Star Lays off 52 From Newsroom and IT, ‘Invests’ in ‘Digital Focus'”
Date: August 9
Correction: “An earlier version of this article said the Toronto Star laid off 60 people. That was an early estimate. The official number of laid off employees is 52.”

Story: “Police in Quebec Sue CBC Radio-Canada for Defamation After Sexual Abuse Report”
Date: October 20
Correction: “A previous version of this story said Val-d’Or is a small community outside Montreal. It’s not. It’s a six-hour drive away from Montreal. We regret the error.”

Story: “Ottawa Talk Radio Host Set to Fundraise for Ontario PC Candidate”
Date: November 23
Correction: “A previous version of this story incorrectly stated Ghamari was a candidate for the PC nomination in her riding. That was incorrect, she’s already won the nomination. We regret the error.”

Episode: “Gregory Alan Elliott and the Future of Being Awful Online”
Show: Short Cuts
Date: January 28
Correction: “On the show, Scaachi Koul says Paul Godfrey gave an interview to Metro. The interview was conducted by The Canadian Press.”

Episode: “Failing Up”
Show: Canadaland
Date: March 21
Correction: “Jesse misstates that Marsha Lederman’s profile of Melanson ran in 2012, when in fact it ran in 2014.”

Episode: “How We Investigate”
Show: Canadaland
Date: May 30
Correction: “In the podcast, we say both CMG and the CBC have confirmed that the allegations were shared with the senior staff at As It Happens. This is incorrect. Only CBC spokesperson Chuck Thompson confirmed to CANADALAND that the senior staff were aware of the allegations. CMG did not. We regret the error.”

Episode: “Should The Government Bail Out The News Business?”
Show: Canadaland
Date: August 8
Correction: “at the PPF’s roundtable, it was mentioned that there is no full-time journalist covering the Saskatchewan legislature. I repeated this on the podcast. But it turns out to not be so: David Fraser covers the Saskatchewan legislature full-time for the Leader Post, barring the occasional absence to work on a feature.”

Episode: “MMIW: What Justice Means for a Family Member”
Show: Commons
Date: August 9
Correction: “Maggie says the commissioners are all lawyers and a judge. In fact, one of the commissioners, Michele Audette, is not a lawyer. She has a background in politics and as former president of the Native Women’s Association of Canada.”

Episode: “Yaaasss Trudeau (Owl Sex)”
Show: Short Cuts
Date: September 22
Correction: “Jesse says that Andrea Bennett was blocked on Twitter by the Walrus’s deputy editor Carmine Starnino. She was not (another source, Erin Flegg, says she was blocked by Starnino). Bennett was blocked by Kerry Gold, who is the author of the piece discussed. We regret the error.”