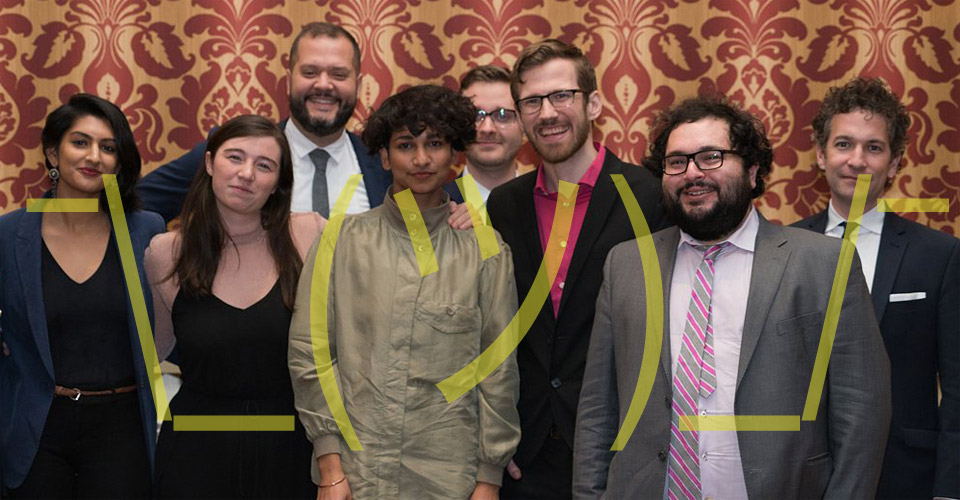 A year's worth of corrections and clarifications in one helpful place!
News Brief By CANADALAND
Share

Story: “The Rebel Claims They Moved Their Rally Due To Threats. The Original Venue Says That’s False.”
Category: Article
Date: February 16
Correction: “Due to an editing error, this article originally referred to Morgan Sim as a man. She is in fact a woman.”

Story: “Judge: No Special Status For Journalist Charged For Covering Protest”
Category: News Brief
Date: March 16
Correction: “This story originally indicated that Nalcor’s initial injunction to deter demonstrators was criticized for including Brake. In fact, it was a subsequent injunction that prompted ire for specifically naming Brake.”

Story: “How Jewish Media Excludes Jewish Voices”
Category: Longread
Date: March 27
Clarification and corrections: “This article originally stated that ‘there are more Jewish people in Jewish Voice for Peace…than in the entire city of Toronto.’ We’ve clarified that the sentence refers to the group’s ‘online supporters,’ not all of whom are necessarily Jewish. This article also originally stated that the CJN’s Goldstein said statements from members of Independent Jewish Voices are ‘prohibited’ from the paper. In fact, while he indicated that they’re generally unwelcome due to incompatible values, there is no blanket prohibition. Further, this article stated that the CJN is one of ‘just three’ Canadian Jewish newspapers that still publish in print. But while the CJN remains the only national English-language paper, there are in fact more than two local publications.”

Story: “The Cushy Connections Between The Walrus And The Liberal Party Of Canada”
Category: Article
Date: April 7
Correction: “Due to an editing error, this piece originally stated that Jonathan Kay had ‘been hired away from the National Post in the spring’ of 2015. But while Kay first appeared as editor-in-chief on the Walrus masthead at that time, he in fact started there the previous December. Similarly, a reference to Kay having been hired ‘months before an election’ has been amended.”

Story: “Xpress Yourself”
Category: Article
Date: May 11
Correction: “This story originally stated that the Chronicle Herald received a single Atlantic Journalism Award nomination and ‘left with just a glorified participation trophy.’ In fact, it was nominated for three awards and won one, for editorial cartooning.”

Story: “Rebel Media U.K. Correspondent Found in Contempt of Court”
Category: Article
Date: May 26
Correction: “The initial version [of this story] erroneously stated that Tommy Robinson had already been charged with contempt of court, whereas, according to court officials, this did not occur until his appearance the following day.”

Story: “The Racist Rhetoric Barbara Kay Champions As ‘Courageous'”
Category: Opinion
Date: June 2
Correction: “Relying on incorrect information in Kay’s column, this article originally stated that she had been let go from CBC Radio’s Because News panels following ‘a seven-month residency.’ In fact, her appearances on the show started in the fall of 2015.”

Story: “The Rebel Had An Awful Lot Of Sympathy For The White Supremacists In Charlottesville”
Category: News Brief
Date: August 12
Correction: “This post originally misstated the number of people killed by the car in Charlottesville, incorrectly including the two who died in a nearby helicopter crash.”

Story: “Former Rebel Contributors Accuse Ezra Levant Of ‘Doxxing’ Them”
Category: Article
Date: August 19
Correction: “For the first few minutes after this post went up, it quoted Levant as having said, ‘Jesus Christ, that’s called severance.’ Upon relistening to the audio, however, he appears to have actually said ‘that’s not severance’ — which, frankly, makes more sense in the context.”

Story: “Lack Of Inclusive Muslim Media Lets Islamophobia Flourish”
Category: Analysis
Date: August 25
Correction: “Due to an editing error, this piece originally described Naseer Irfan Syed as a partner at Kutty, Syed, & Mohamed. The firm’s lawyers, however, practise in association rather than as partners.”

Story: “What Journalists Should Keep In Mind Covering Anti-Fascist Protests”
Category: Opinion
Date: September 13
Correction: “This piece originally stated that Jaggi Singh was ‘summoned’ to Quebec City to face charges 10 days after the August 20 protest. In fact, police re-arrested Singh in Montreal on August 29 and transported him to Quebec City, where they kept him in custody overnight to face a judge the following day.”

Story: “Relaunched Rebel Warmly Welcomes Reported White Nationalist Sympathizer”
Category: Article
Date: October 25
Correction: “The last sentence of this piece has been amended to clarify that Yiannopoulos himself did not write a column comparing Jones to Harambe.”

Story: “What Media Missed In Covering The ‘Overt Racism’ At Lido Pimienta’s Halifax Show”
Category: Analysis
Date: November 9
Clarification: “We have amended the piece to…clarify that CP reporter Friend made more than one attempt to reach out to Pimienta through her management prior to publishing his story.”

Story: “How A False News Report Sparked An Islamophobic Backlash In Quebec”
Category: Article
Date: December 21
Correction: “Maxime Fiset is a project associate at Montreal’s Centre for the Prevention of Radicalization Leading to Violence. This article originally misstated his title.”

Episode: “The Killing of Colten Boushie (Live in Saskatoon)”
Series: CANADALAND
Date: January 23
Clarification: “During this panel, Betty Ann Adam states that Boushie family lawyer Chris Murphy was the only source for the reported information that the car Colten Boushie was shot in had left police custody. In fact, Scott Spencer, the lawyer for accused killer Gerald Stanley, also confirmed to the Globe and Mail that the car had not been secured by the police.”

Episode: “It’s Important To Kick These People When They’re Down”
Series: CANADALAND (Short Cuts)
Date: September 27
Clarification: “In this episode Jesse describes Gavin McInnes’ comments regarding the Holodomor genocide as false and inaccurate. He was referring specifically to McInnes’ assertion that Jews were responsible for the Holodomor, and was in no way was contesting or denying the existence of the Holodomor itself.”

Episode: “Meet The New Partisan Press”
Series: CANADALAND
Date: December 17
Correction: “An earlier version of this episode stated that Stephen Harper said the root cause of terrorism is terrorists. It was in fact Conservative MP Pierre Poilievre. We regret the error.”